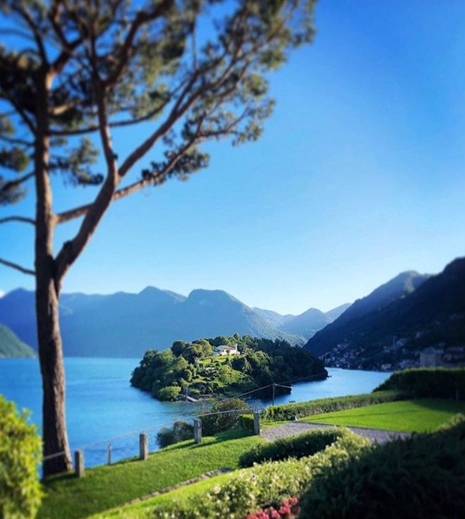 Relativity techniques for schemes play a crucial role in Grothendieck’s refoundation of algebraic geometry. We shall present an analogous set of tools and techniques for investigating relative toposes, i.e. toposes defined over a given base topos.
Our new foundations for relative topos theory are based on fibrations and stacks; in fact, our theory develops and extends the original approach introduced by Giraud in his paper “Classifying topos”. A central result is an adjunction between the category of toposes over the topos of sheaves on a given site (C, J) and that of C-indexed categories.
For the benefit of those who are not familiar with the language of topos theory, we shall review, in the first part of the course, the basic theory of sheaves on a site, as well as a number of fundamental results on functors between sites inducing morphisms between the corresponding toposes. The lecture by Riccardo Zanfa will discuss applications of our theory in the classical (discrete) setting of sheaves on a site.

This is joint work with Riccardo Zanfa.

The purpose of this talk is to apply our formalism for relative topos theory (presented in O. Caramello’s lectures) to three fundamental operations on sheaves: sheafification, and direct and inverse image along a functor between sites. The description of sheafification is derived from extending the presheaf-bundle adjunction for topological spaces (and locales) to all sites. On the other hand, the description of direct and inverse images of sheaves and presheaves is derived from those for general fibrations: these in turn are defined in terms of localizations of fibrations and via an orthogonal factorization system for functors called the relative comprehensive factorization (introduced in the paper “Denseness conditions, morphisms and equivalences of toposes“).

All the new results presented in this talk appear in the joint work with O. Caramello “Relative topos theory via stacks“.

This talk starts a series of lectures on higher adelic theory (HAT) in the case of arithmetic surfaces and its applications. 2D objects associated to the surfaces and two different adelic structures on the surfaces will be introduced. The use of analytic adelic structures in higher zeta integrals and applications will be presented. The talk will start with the origin of several key developments in modern number theory: class field theory and its generalisations.

The analogy between the theory of number fields and of function fields of curves over finite fields has been an impulse for development of geometric points of view towards arithmetic problems. In particular,in the PhD thesis of J. Tate it has been shown that harmonic analysis on one-dimensional global fields can serve as a unifying theory for the two sides of the picture.

In my talk I am going to present recently developed two-dimensional generalisation of this unifying point of view. (Joint work with P. Dolce and I. Fesenko)

Motivated by the theory of classical adeles, we introduce the theory of adeles on 2-dimensional schemes. The main focus will be on the case of  arithmetic surfaces completed with the fibres at infinity in the sense of Arakelov geometry. We show  the self duality of 2-dimensional  adeles and moreover we explain how some fundamental adelic subspaces are self orthogonal with respect to a natural differential pairing. (Joint work with W. Czerniawska).

In working on his new geometry, Grothendieck forged a vision organised along very simple lines of thought and based on a few central definitions and some very striking simple facts. This vision, its general organisation and its key elements had been outlined many times by him in his IHES lectures. Unfortunately, his general ideas and the vision he had forged appear only very partially in the SGA lectures as they were written down. However, reading the mathematical contents of “Récoltes et Semailles” sheds light on Grothendieck’s vision and highlights what was most important to him. It also makes us learn about results which have never been published and about open questions which are still unsolved or have apparently never been studied after Grothendieck.

Alain Connes: “From noncommutative geometry to the tropical geometry of the scaling site”

The subject of the talk will be a journey through three geometric concepts that I encountered in my research motivated by the Riemann zeta function:
The starting point is the noncommutative geometry which led me from a system of quantum statistical mechanics (called BC-system) to the adele-class space.
The second is the concept of topos and the discovery (with Katia Consani) that the points of the “scaling site” topos form the adele-class space.
The third is tropical geometry which gives the correct structural sheaf on the scaling site.

Hyperbolic dynamical systems admit natural combinatorial parametrization by symbolic ones that operate on zero dimensional spaces; thus the former can be represented by categories of the latter. We describe specific examples of this and draw a parallel with the constriction of the Albanese of varieties of algebraic manifolds.

The talk is devoted to several real and tropical enumerative problems.
We suggest new invariants of the projective plane (and, more generally, of toric surfaces) that arise as results of an appropriate enumeration of real elliptic curves.
These invariants admit a refinement (according to the quantum index) similar to the one introduced by Grigory Mikhalkin in the rational case.
We discuss tropical counterparts of the elliptic invariants under consideration and establish a tropical algorithm allowing one to compute them.
This is a joint work with Eugenii Shustin.

Maxim Kontsevich: “Geometry from the perspective of quantum mechanics and string theory”

I will present a framework for derived local and global analytic geometry. This framework is based on using the symmetric monoidal category of bornological modules and using the tools of relative algebraic geometry. The geometry one gets in this way contains analytic geometry, but also algebraic, differential and other geometries.
I will also explain some applications of this approach to constructing derived moduli spaces of Galois represntations, global versions of (phi, Gamma)-modules, quasi-coherent sheaves in analytic geometry, and more. I will also briefly indicate the relations between this approach and the one coming from condensed mathematics. This talk is based on joint work with Federico Bambozzi, Oren Ben-Bassat, and Jack Kelly.

André Weil once referred to mathematical analogies as “disturbing reflections of one theory in another… furtive caresses… inexplicable discords” that wait for the day to come when “the illusion dissolves; the yoked theories reveal their common source before disappearing.”
I’ll talk about one analogy in our subject, that has stayed with us, that hasn’t dissolved, and remains an inspirational yoking of two vastly different concepts: Primes and Knots.

Grigory Mikhalkin: “Symplectic camels and other applications of toric and tropical geometry”

The Symplectic Camel Theorem is one of the most spectacular applications of the theory of pseudo-holomorphic curves introduced to symplectic geometry by Gromov several decades ago. According to this theorem, a symplectic domain (the camel) has a width which prevents it from passing through a hole in the wall (the eye of a needle). In this classical theorem the hole is round-shaped. It the talk we consider some new symplectic capacities responsible for ability of the symplectic camel to pass through keyholes of different shapes, as well as some other phenomena of similar nature. Based on a joint work in progress with Yakov Eliashberg.

Global singularity theory is a classical subject in geometry, which classifies singularities of maps, and describes topological reasons for their appearance. I will start with an overview of the field, and then give an introduction into some recent major developments: the works of Kazarian, Rimanyi, Berczi and myself on contact singularities and multipoint formulas. 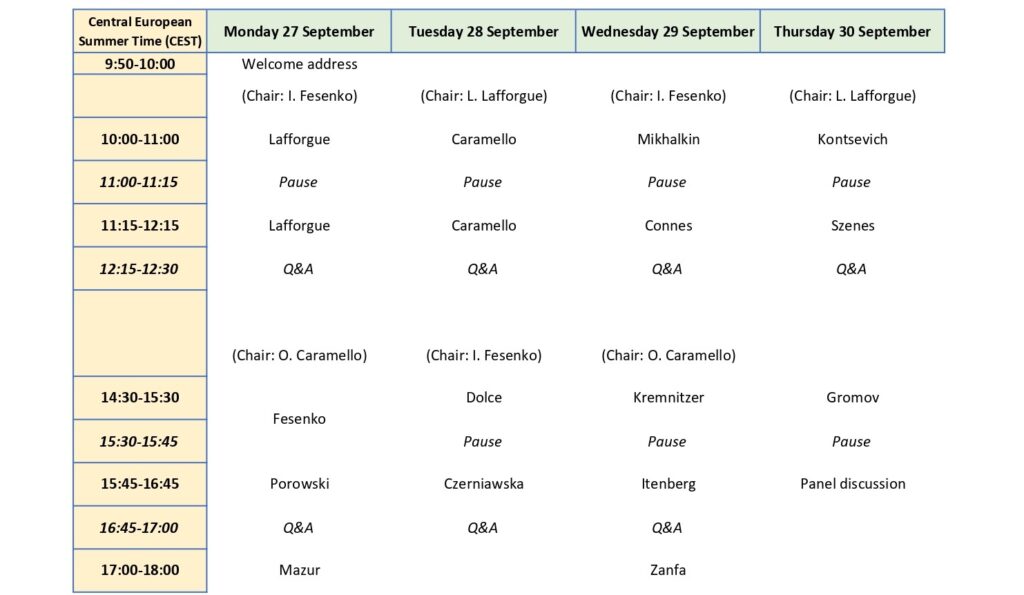